Based in Las Vegas, NV, Albumpalooza™ is an incredible array of world class live concert presentations of the best loved music albums in history. Not a wig & costume show, instead it features world class musicians who play each classic album track to track, cover to cover the same way you remember listening to them when the needle hit the vinyl. Albumpalooza is perfect for showrooms as well as public, private and corporate events. With over 25 different albums to choose from you’re sure to hit the mark for your group.

Choose from: Pink Floyd’s Dark Side of the Moon – The Beatles Sgt. Pepper or Abbey Road – The Eagles Greatest Hits – AC/DC’s Back in Black – Boston’s First album – The Police Synchronicity Album – The Bee Gees Gold Album – Fleetwood Mac’s Rumours – Nirvana’s Nevermind – Steve Miller’s Greatest Hits – Journey’s Greatest Hits – Chicago IX (Greatest Hits) – Rush Moving Pictures – and so many more. Here is just a sampling of some great tribute shows. If you don’t see the one you want just ask us. Chances are we have it ready to go or put us to the test and we’ll custom produce a show just for you! 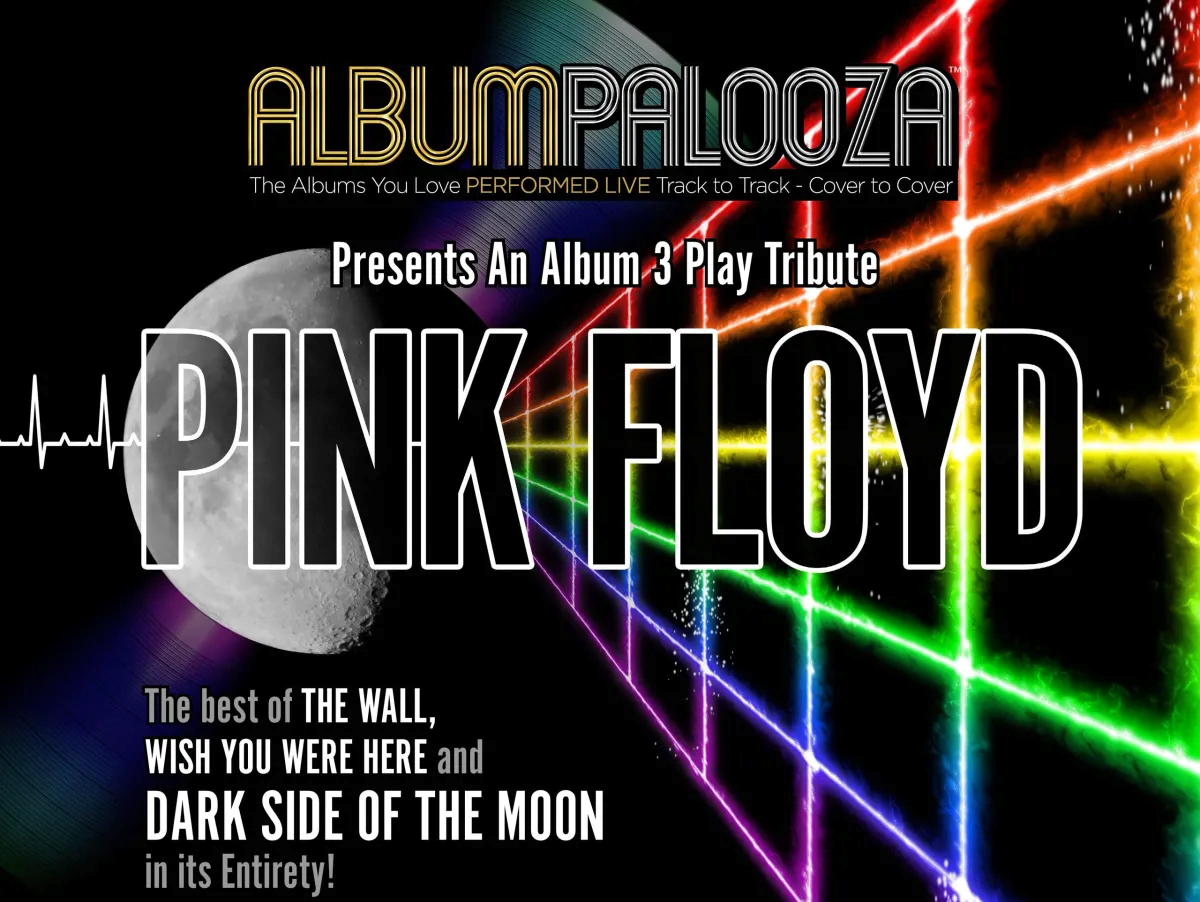 Part of the Albumpalooza Concert series the “album three play” features the best of The Wall and Wish You Were Here followed by the entire Dark Side album. It was the most groundbreaking and mind blowing record ever recorded and now you get a rare chance to see Pink Floyd’s Dark Side of the Moon performed live in its entirety!

Pink Floyd’s Dark Side of the Moon was a landmark achievement in popular music. Using then, cutting edge recording techniques and exploring eclectic themes, it topped The Billboard Hot 100 in 1973 and stayed on charts for an astounding 741 weeks through 1988 selling over 50 million copies and still going strong! The recording stands as a musical phenomenon that continues to be embraced and appreciated by every generation!

The “Albumpalooza” Concert series tribute to Dark Side of the Moon is performed by the Albumpalooza Floyd band, comprised of members of Vegas Limit complemented by world-class musicians and singers including players that have worked with and backed legendary artists including Celine Dion and David Foster. Before doing the album the group also features a pre-show set that includes some the best loved songs from the entire Pink Floyd catalogue.

This show has been called “spine tingling”, “breath taking” and “spectacular” by audiences and critics alike. Don’t miss Albumpalooza, a Tribute to Pink Floyd’s Dark Side of the Moon! 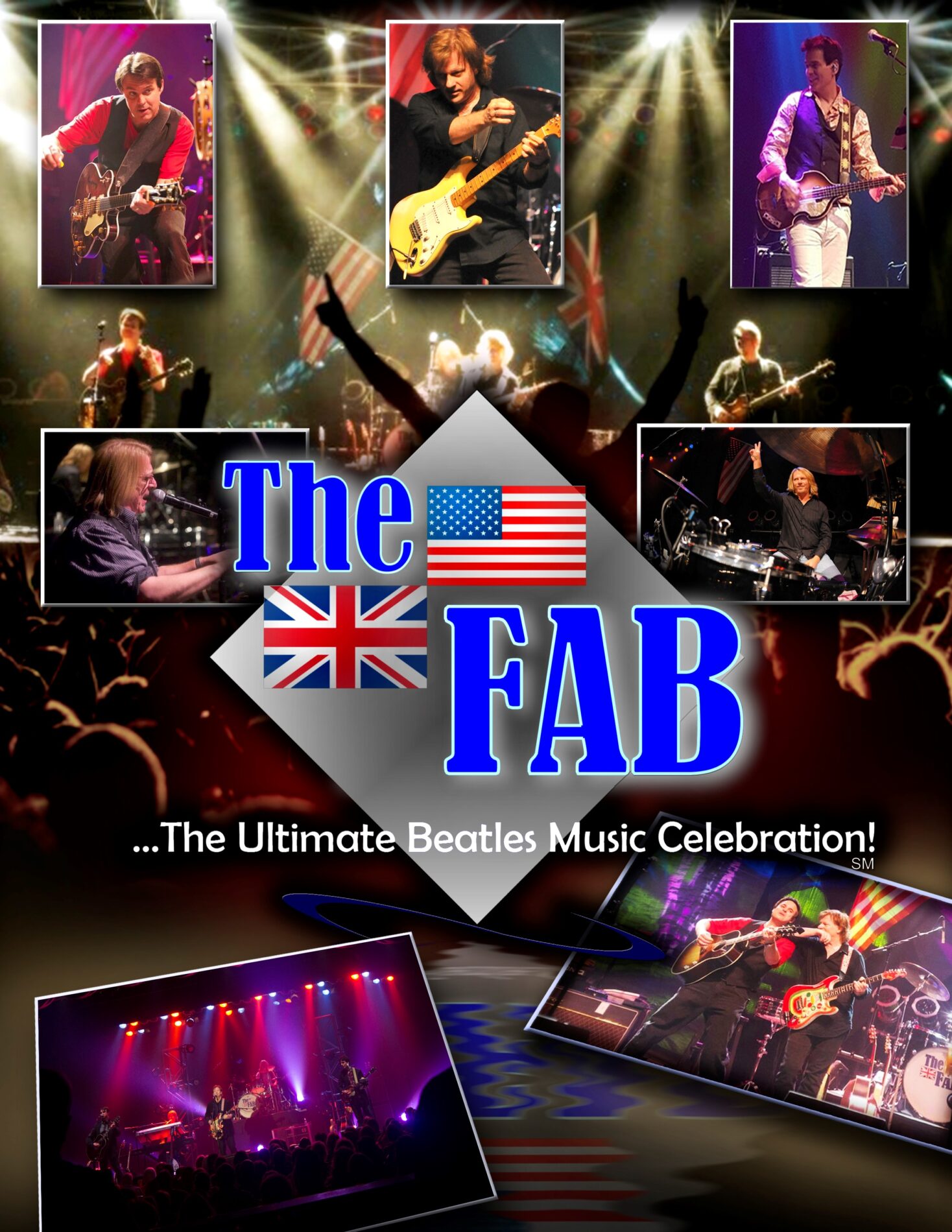 The Fab Performing every Beatles album track to track, cover to cover in spectacular multi-media concert presentations! Sgt. Pepper’s Lonely Hearts Club Band, Abbey Road, Let it Be, Revolver and Rubber Soul are just a few of the great album options. Each album show is complemented by a segment that also includes the best of the Beatles from every era for a complete experience that will be loved by all ages and demographics. There is even a “instant request section” where the audience gets to instantly add a Beatles song of their choosing to the show via their applause.

With over a dozen fantastic options to choose from, Albumpalooza Beatles shows starring The Fab are especially perfect for corporate events, showrooms and festivals with multiple night runs as they have the unique ability to provide a completely different show each night of the week. Book the Fab for your event today! 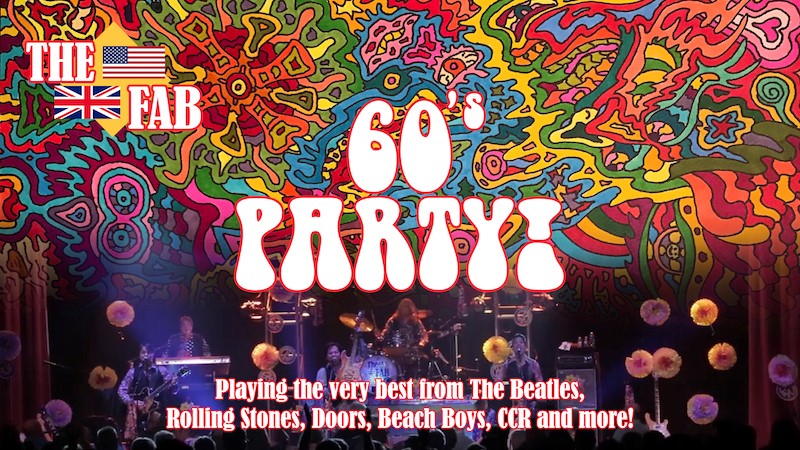 “The Fab” have made their mark in the industry as one the premier PARTY and showroom bands in the world performing every Beatles album track to track, cover to cover in spectacular multi-media concert presentations! “The Fab Sixties Party” takes it a step further and incorporates the best loved hits from other great bands from the same era for an amazing presentation that every music fan will enjoy! Their look and their playlist can cater to any theme including but not limited to “The 60’s”, “Psychedelic”, “Flower Power” and more! 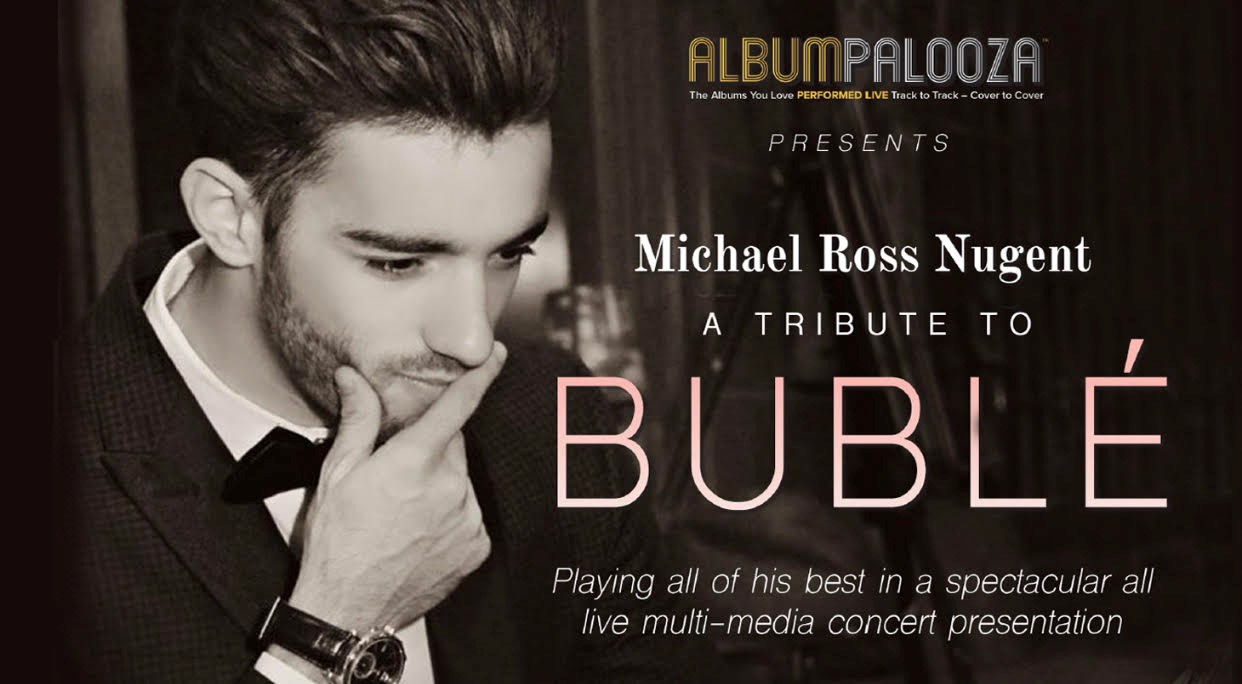 Michael Nugent has been called the most exciting young talent to hit Las Vegas in a long time.

See his spectacular multi-media presentation of Michael Bublé’s greatest hits live accompanied by a full band and horn section in a stunning tribute that will thrill & entertain every generation of music lover.

Michael Ross Nugent performing the best of Bublé is exclusively available through Live Music in Vegas Inc. Book the show for your concert, showroom or private event.

A Tribute to The Eagles 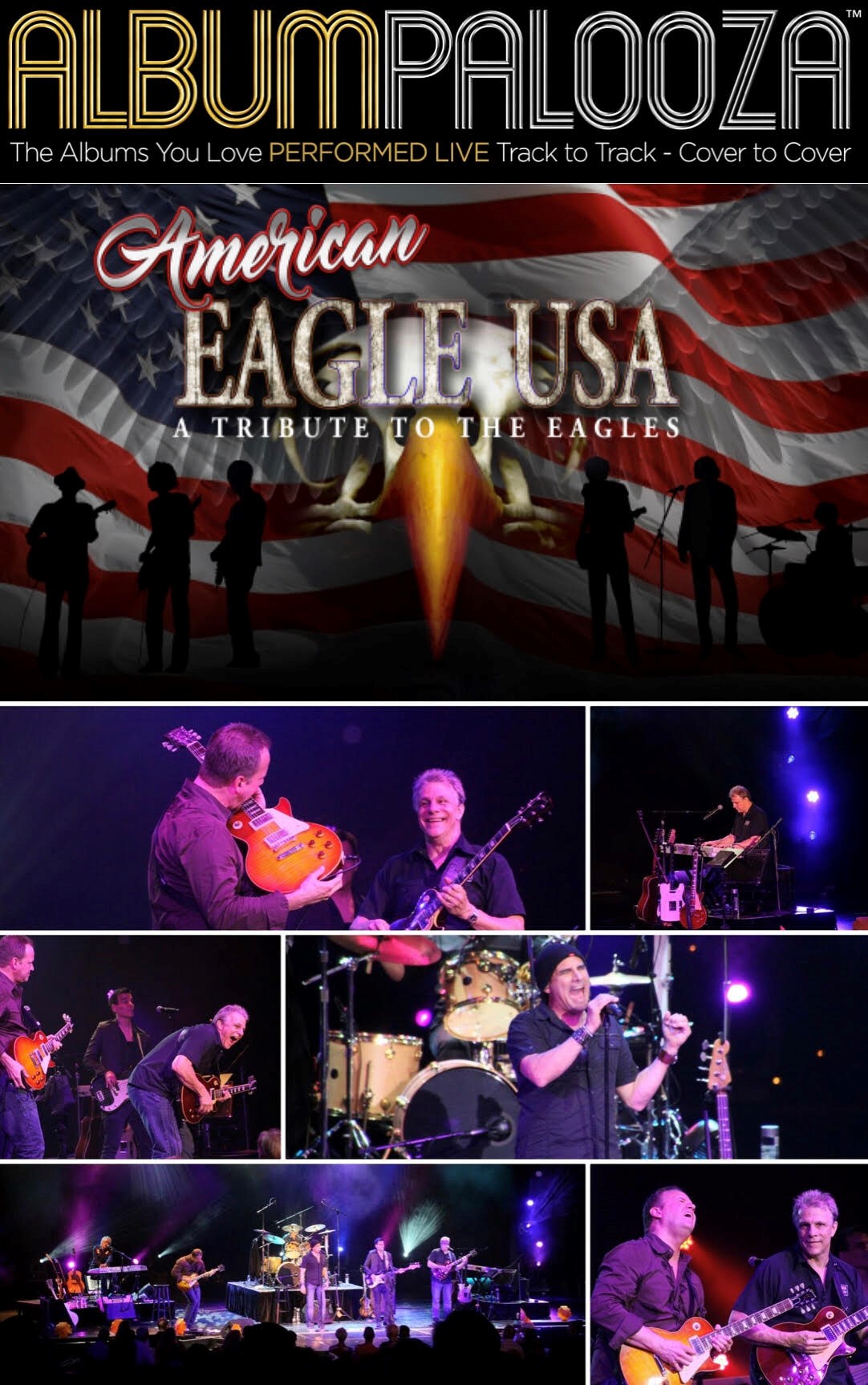 The very first Eagles greatest hits compilation entitled The Eagles Their Greatest is one of the most popular and biggest selling records in music history! For the last five years, Albumpalooza: American Eagle USA, the Tribute have been performing the Eagles landmark “Their Greatest” album at special events and in showrooms everywhere including the legendary Tropicana Theater on the Las Vegas strip and The House of Blues main showroom at Mandalay Bay. The shows are part of the Albumpalooza™ Concert Series and the group is comprised of world class musicians who have also played with icons like The Righteous Brothers, Marty Stuart, Ted Nugent and Asia!

The great thing about this show is that everybody in the audience, young and old, knows every song! In this landmark production they perform the entire greatest hits album highlighted by songs like Lyin’ Eyes, Desperado, Best of My Love and Take it Easy then follow up with the best loved Eagles songs that came afterwards including New Kid in Town, Life in the Fast Lane and the iconic Hotel California for a complete Eagles experience even the most casual fan will enjoy!

A Tribute to The Bee Gees 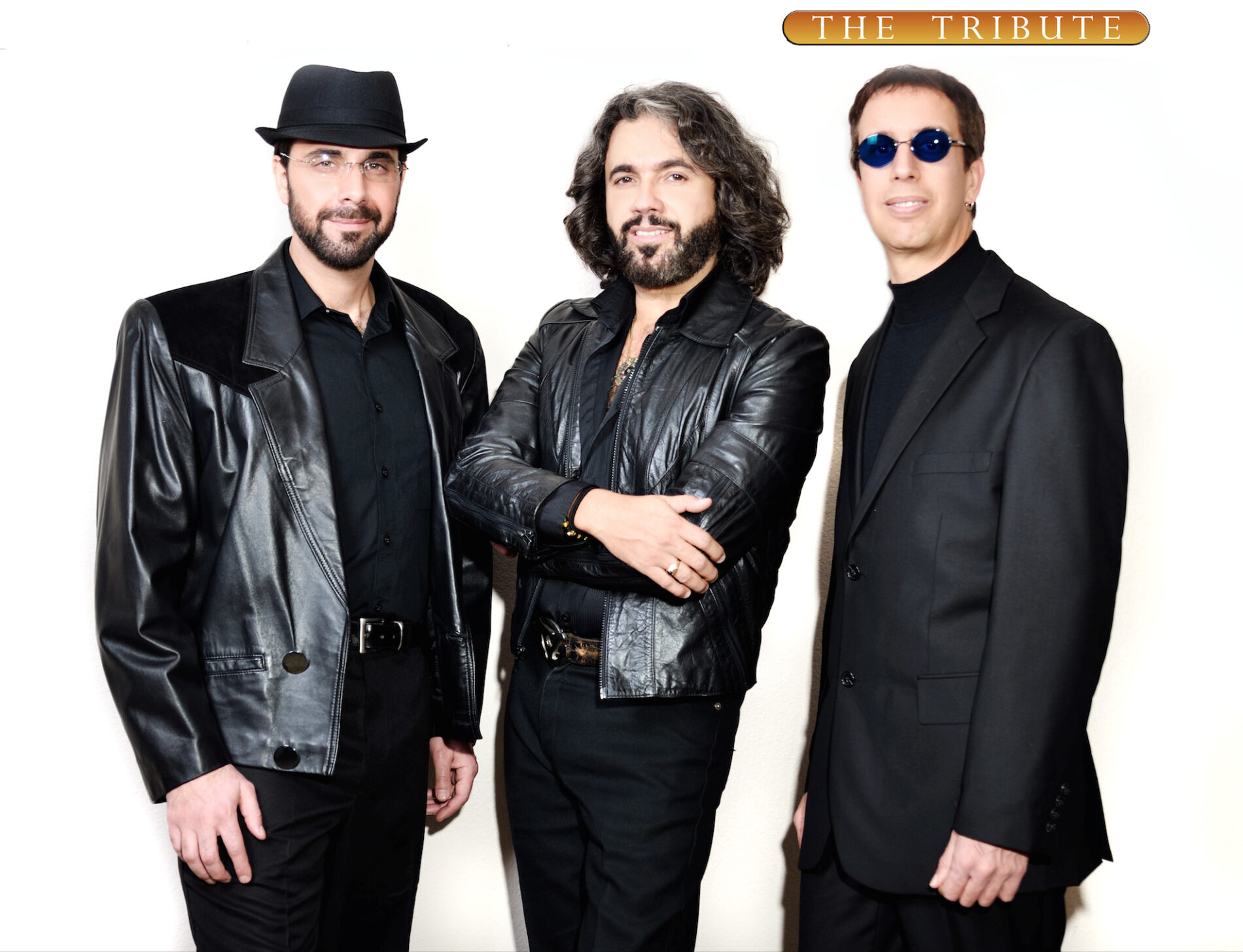 The Bee Gees are one of Pop music’s most iconic bands selling over 220 million albums worldwide. The Albumpalooza Concert Series proudly presents one of the top BEE GEES tribute bands in the world playing all of their greatest hits in one spectacular night of entertainment.

From their break out standards like “I Started a Joke” and “To Love Somebody” to their iconic Saturday Night Fever soundtrack that includes dance favorites like Stayin’ Alive, How Deep is Your Love and Night Fever, you’ll hear all the songs you love just the way you remember them when the needle hit the vinyl! And as an added bonus they’ll also perform some of the award winning songs penned by The Bee Gees for other great artists.

Book this incredible band for your private, corporate, festival or theater event!

A Tribute to the Doobie Brothers

Based in Las Vegas, NV, Albumpalooza™ is an incredible array of world class live concert presentations of the best loved music albums in history. The Doobie Brothers tribute features the Greatest Hits compilation that includes some of the best loved songs in American music history.

A Tribute to Rush

See this Canadian Progressive Rock band’s pinnacle album, Moving Pictures performed live in its entirety by the world’s best Rush tribute band, Permanent Waves LV. As an added bonus they’ll also play the very best from the entire Rush catalogue for a complete concert experience unlike any other. 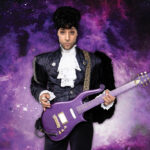 The award winning Purple Reign Revue has been a mainstay in showrooms on the Las Vegas strip for over 10 years. The band is a unique concept that features all the timeless hits of Prince including, Let’s Go Crazy, Little Red Corvette and of course Purple Rain performed with jaw dropping perfection by the world’s foremost Prince tribute artist. Purple Reign consists of world class entertainers and musicians some of whom have played and toured with the likes of Ashanti, Enrique Iglesias and Kelly Clarkson. The talented group sizzles through Prince favorites from his entire catalog.

As the featured guests on the David Letterman show, Musical Director Paul Shaffer called them “unbelievable!”

The show is available with optional guest appearances from the Morris Day and the Time tribute duo and The Prince dancer(s). They can even incorporate a variety of other dance music covers as a separate segment if requested.

The Chairmen of the Board 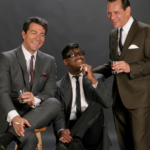 Frank Sammy and Dean as you never thought you’d see them again. This incredible trio is made up of world class performers with international television, film and stage credits too numerous to mention. Truly the best in their craft, this stunning combination will amaze your attendees with their uncanny impersonations of the icons who once ruled the Las Vegas Strip with a perfect blend of comedy, audience interaction and natural swagger. The group is available for meet and greets and/or musical performances with a full orchestra, band or, for more modest budgets, to simple backing tracks. Based in Las Vegas, NV “The Chairmen of the Board” are available for special events in Sin City and also for travel worldwide.

We look forward to Entertaining you!

GET STARTED
Live Music in Vegas