See a cross section of great acts below. If you don’t see what you need just ask and we’ll source the best talent available for your event! 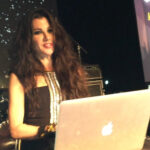 You know you’ve hired the right DJ for your group when your attendees get to call the shots. ARL DJG’ provides the ultimate interactive experience taking song requests in real time via text, Twitter or via a dedicated downloadable app during her performance. She’s bookable with or without the real time virtual request format but she’s always happy to create custom play lists or add specific songs ahead of time for her clients who ask for it. Companies like Sony, Microsoft and Dell Computers have had ARL DJG’ at their events at marquee venues in Las Vegas including The House of Blues, Brooklyn Bowl, Mandalay Bay and The Westgate.

She’s been the main entertainment for specialty events including 80’s/90’s, Mardi Gras, Bollywood and holiday themes. ARL DJG’ creates custom playlists to set just the the right tone and, if the mood shifts she’s set up to instantly download virtually any title on the planet! ARL DJG’ also has the musical depth to be able to create soft and mellow play lists for background, networking or “walk in” music.

ARL DJG’s library consists of thousands of great songs including contemporary hits from icons like Beyonce, Bruno Mars, Rihanna, Sia and The Weeknd and she can also mix it up with Old School Blues, Classic Rock, Funk, Disco, Motown, House, Country or even Classical.

ARL DJG’ for a musical experience custom tailored to your group. See a video sample below… 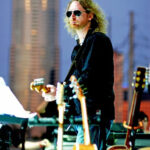 Legendary Guitarist Jake Langley has emerged as one of his generation’s most acclaimed Blues & Jazz musicians. The Grammy Award winning performer has played and recorded with many of today’s musical icons including Willie Nelson, Lyle Lovett, Sheena Easton and Leonard Cohen. Proficient in all styles and genres Jake’s also chaired the guitar seat for Broadway spectaculars including The Lion King, Chicago, Mama Mia and Hair and he’s played with many of the Blues & Jazz greats of our day including Joey DeFrancesco, George Coleman and Jimmy McGriff. Recently Jake has relocated to Las Vegas where he continues to perform brilliantly in premiere venues with the best players Las Vegas has to offer. He is available for booking with a full backing band, in a trio or duo format, or as a solo guitarist. 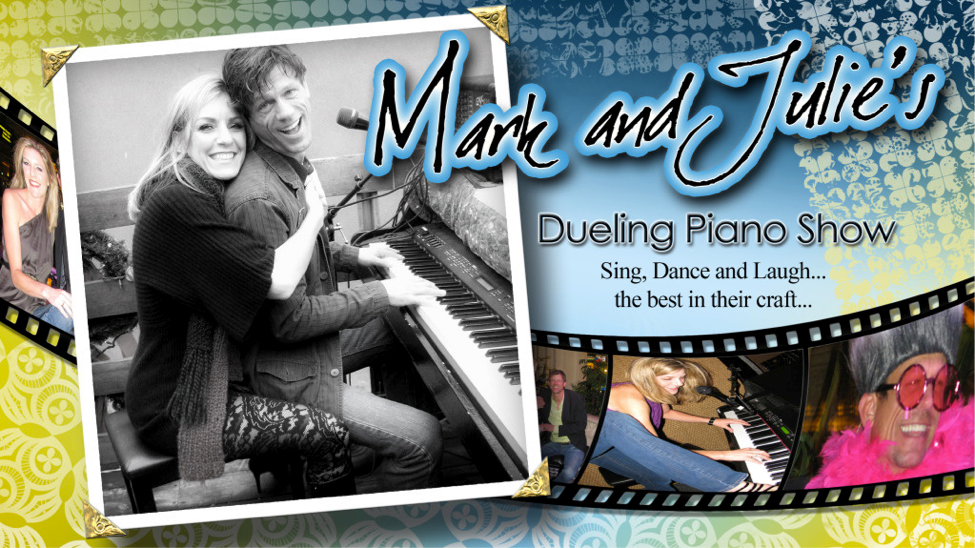 Mark and Julie are the ultimate Dueling Piano combination. Well versed in every style and genre, they put on an interactive show that will thrill and amaze attendees with their ability to take requests on the fly while keeping the party fun and entertaining with great comedic segments and sheer musical showmanship.

See video highlights of Mark and Julie by clicking below… 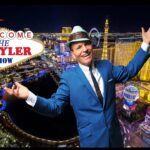 TJ Tyler is the most versatile and hardest working entertainer in Las Vegas! Known as the “iron man” he is a Las Vegas favorite boasting a 22 year run on the strip with Caesar’s Entertainment and MGM Resorts. TJ is also a huge hit at private and corporate events everywhere. Available in solo, duo, trio and full band formats, he is a master of virtually every style of popular music (Jazz, Pop, Rock, Motown and more). Playing off of his uncanny resemblance to Frank Sinatra, TJ can perform a full set paying tribute to the Chairman of the Board and/or he can rev up the room with party classics from the best loved artists from the 50’s and 60’s like Dean Martin, Fankie Valli, Tom Jones, The Beatles and Roy Orbison right through to favorites from the 70’s and 80’s from bands like The Commodores, Lionel Ritchie and K.C. and the Sunshine Band. TJ is also an integral part of Rat Pack style shows as “Frank” for mingle and meet & greets and he has many film and television credits to his name. 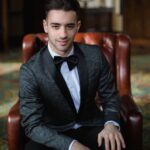 Michael Ross Nugent is a dynamic young vocalist & entertainer in Las Vegas, Nevada. Guided by his love for music and particularly the Great American Songbook, he performs a mixture of standards and contemporary tunes with an uncanny ability to connect to the song and to his audience.

Always accompanied by world class musicians Michael has a broad catalogue of material that can be tailored to any size audience and venue.

“This guy is killing it! Such a great talent, reminds me of Michael Bublé! If you’re looking for entertainment, call this guy, you won’t be disappointed!” – Rick Schmitt

“What an awesome time! Great voice, amazing presence! Definitely will go back to hear Michael sing again! Thanks for a great night out!” – Karen Stockwell-Chirayath

Michael can adapt the size of his band to accommodate any venue. From a solo, duo or trio performance right up to a full orchestra he’ll wow your attendees with his spot on renditions of the best loved Jazz classics and Pop favorites. 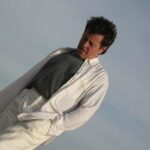 A performance by world renowned Spanish, Classical and Pop Guitarist Toto instantly elevates any event he is a part of. Always a crowd favorite, he can add an elegant ambiance to an event playing quietly in the background or he can be the focal point of the gathering with his jaw dropping virtuoso magic. He sings in 3 different languages and performs with his guitar using self produced backing tracks (for a full sound) covering 100’s of songs from every era and genre.

Since the 1970’s Toto has performed his craft all over the world and he continues to be regarded as one of the best anywhere. With several original albums to his name and command performances for icons like Steve Wynn and Andrea Bocelli, Toto is truly the definitive player of his kind in Las Vegas.

See Toto in premiere venues in Las Vegas and at special events and corporate functions worldwide. See video highlights below… 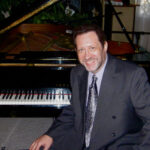 Joey is one of the most sought after and accomplished piano players in Las Vegas. He is the first call for many of the top recording artists whenever they pass through town. Joey has also chaired the keyboard seat for many Showroom productions including Mama Mia and The Bob Anderson Show. He was also the Musical Director for Miss Debbie Reynolds whenever and wherever in the world she performed. Joey gets the call before all others because he is an incredibly talented player and even more so because he is a total professional who absolutely loves what he does. Some quotes from past clients include: “He was such a pleasure to work with”, “He actually got the whole room singing along” and “He amazed us in that he played every single request we threw at him”.

Joey knows the decorum for working in the corporate environment. He has the flexibility to command the attention of the room or he can quietly be the musical soundtrack for a successful networking event. From casual to formal he also dresses according to the tone of whatever event he is booked for.

See videos of Joey in a trio format and solo… 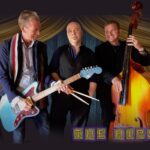 The Hipsters are hailed as one of the most unique and entertaining musical acts in Las Vegas. With traditional instrumentation (stand up bass, drums and guitar) they take their audience on a musical journey that transcends every genre and era of music. from Rock, Pop, Classic Rock, Surf and even Sinatra! It’s a tongue in cheek trip that is backed by some of the best talent anywhere. They were formed over 10 years ago specifically to be one of the first bands to ever play Mandalay Bay’s Island Lounge where they regularly drew packed houses and dance floors. The Hipsters are based in Las Vegas and are also available for worldwide travel. 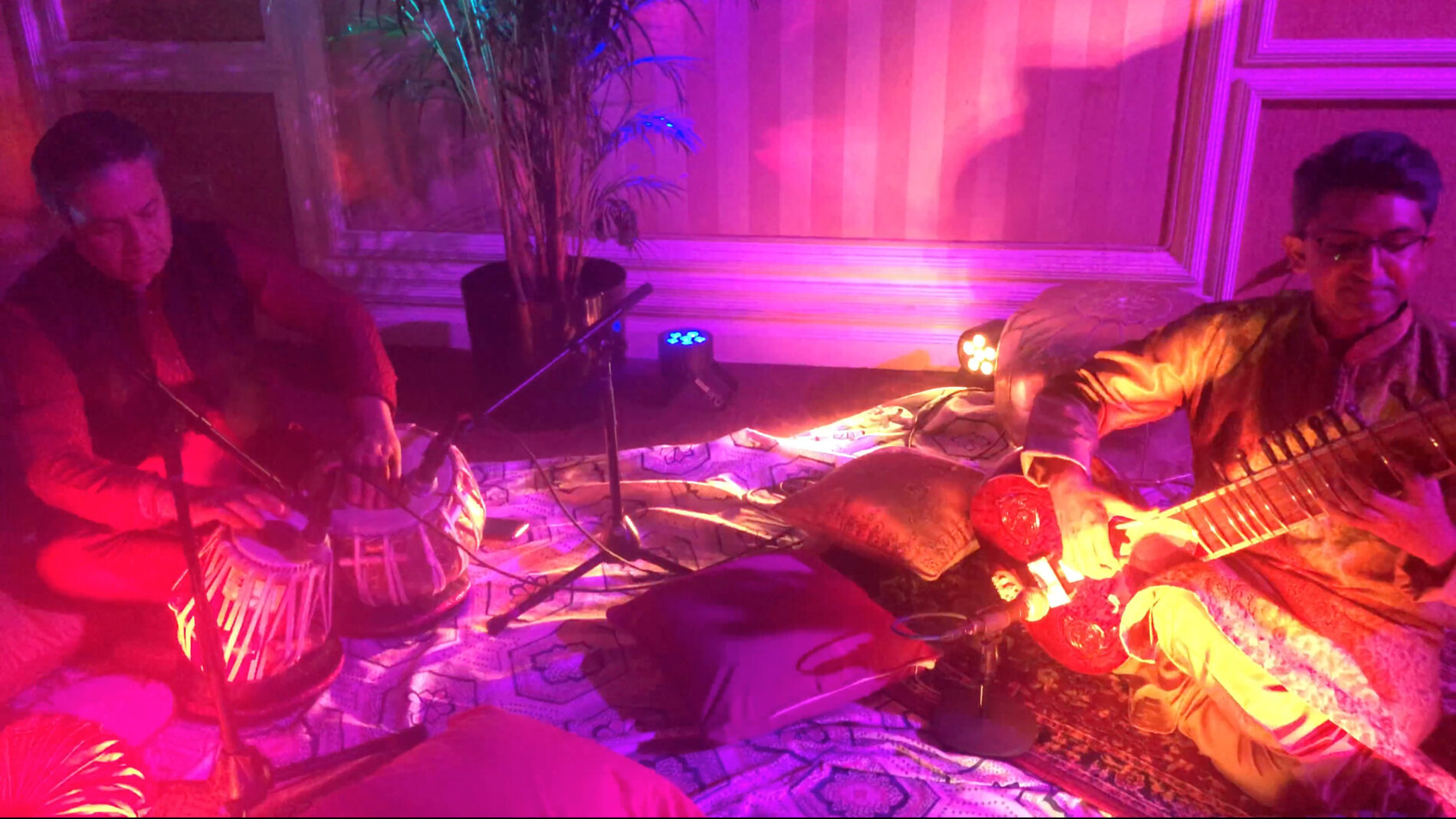 Based in Las Vegas, NV this outstanding Sitar & Tabla duo are the perfect choice to create an authentic exotic ambience at your event.

See video highlights at this link… 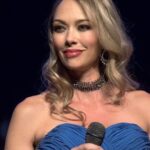 Naomi has a large and loyal following and is generally regarded as among the best vocalists in Las Vegas. Among her career credits she has headlined the American Superstars Show on the Las Vegas Strip performing as Christina Aguilera, she’s sung a stunning duet with Celine Dion (see video link below at 30 second mark), she’s sang backup vocals in concert with The Eagles and Michael Bublé and she’s the featured vocalist in Albumpalooza’s Pink Floyd show where she does a stunning rendition of “Great Gig in the Sky”.

In her show Naomi performs the greatest and best loved songs from artists as diverse as Aretha Franklin, Adele, Beyoncé, Frank Sinatra, Prince and Ella Fitzgerald. As a result she has the versatility to go virtually any musical direction. This coupled with her uncanny ability to read an audience and call out her setlist on the fly make her a perfect choice for corporate or casino rooms with a variable flow of patrons. Naomi is just as comfortable setting the tone with lush soundscapes and light Jazz for meet and mingles as she is ramping up the energy for an all out dance party with the best from the Motown, R&B, Pop and Disco genres form the vintage and the modern eras.

See video highlights at this link…

We look forward to Entertaining you!

GET STARTED
Live Music in Vegas